On Tuesday June 30, the bronze statue of Frankie Laine was officially dedicated in the Little Italy section of San Diego in front of Nonna—an Italian Restaurant owned by Frankie Laine’s friend Joe Busalacchi.

Frankie was a longtime friend of the Busalacchi family and was known to frequent their restaurants in Little Italy and Hillcrest until his passing in 2007 at age 93.

The statue dedication was originally planned to take place on March 30 of this year—Frankie’s birthday, but with the onset of the pandemic, plans for the event were postponed.

The beautiful life-size bronze statue became a reality because of the work of Mary-Jo Coombs and Jimmy Marino, executive producers of the nonprofit corporation Team Frankie Laine, along with Marcia LoVecchio, Frankie’s wife. Thanks also go out to the Frankie Laine International Appreciation Society and the multitude of friends and fans from all over the world.

It was 20 years ago, on July 17, 2000, when my then girlfriend (now my wife), Marlene, and I met with Frankie Laine at his home in San Diego. Earlier that day, I was videotaped for a segment in Jimmy Marino’s Laine documentary Frankie Laine: An American Dreamer.

We had a great time with Frankie, Marcia, and their poodle, Matt. I had been to Frankie’s home twice before, and it was a thrill for me to introduce Marlene to Frankie. I was especially thrilled when Frankie took me aside and said to me “She’s beautiful!” Later, upon leaving the Laine residence, Frankie said to Marlene, “You take good care of him! He’s a good guy!” Frankie always had a special way of making me feel great through his music; he was now thrilling me with his words! Thanks, Frankie! 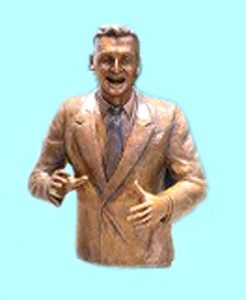 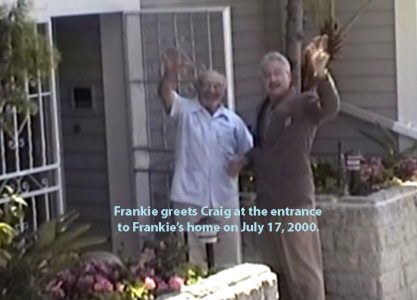 About the Author: Craig Cronbaugh

Craig Cronbaugh, Director of the Legislative Information Office with the Legislative Services Agency at the Iowa State Capitol. As famed singer Frankie Laine’s special friend and a collector of Laine’s recordings and career memorabilia, Craig has written articles; has written, produced, directed, and hosted a distinctive radio program; and has appeared on Iowa statewide television regarding his Frankie Laine avocation. Craig has been highlighted briefly and has been given a research screen credit in the 2003 internationally distributed documentary Frankie Laine: An American Dreamer. Craig’s book, a memoir, Reaching for a Star, featuring his friendship with Laine, was published in 2005.